Basilica of St. Teresa a Work in Progress

The Diocese of Salamanca (Spain) hopes to finish the Basilica of St. Teresa of Avila, where the incorrupt body of the mystical doctor is reserved, before the 400th anniversary of her beatification.

The basilica, located in Alba de Tormes, in the western province of Salamanca, was begun in 1898 by Bishop Tomás de Cámara y Castro of Salamanca. Teresa de Cepeda y Ahumada, born in Avila in 1515, died in Alba de

Tormes in 1582.Soon after her death, the body of Sister Teresa of Jesus was moved to Avila, but Pope Sixtus V (1521-1590) ordered her remains to be returned to Alba de Tormes in 1586. He then conferred on the bishops of Salamanca the project of building a basilica where the remains of the saint would be held.The spiritual author and monastic reformer was beatified in 1614, and canonized in 1622. She was named a doctor of the Church in 1970; her feast day is Oct. 15.Work on the basilica stopped in 1933, during the Second Spanish Republic, and three years before the beginning of the Spanish Civil War.It wasn't until 1980 that the bishops of Salamanca began to continue with the construction, in preparation for the 400th anniversary of the mystic's death. Pope John Paul II visited the unfinished basilica in 1982 to close the yearlong celebrations.
Final pushBishop Carlos López Hernández of Salamanca signed Nov. 8 the final push to finish construction. Because of the work in 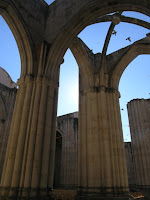 progress, visits to the basilica in Alba of Tormes have been suspended."It is my firm desire," said the bishop, "to pursue the construction until its finish, in the measure of our possibilities."Two of the three phases of construction have been completed, the chapels and lateral naves. The third phase will involve the completion of the roof and the transept. A fourth phase would involve the construction of a reception center for pilgrims and an inn.The estimated cost of the total project is €4.3 million ($6.32 million). The Diocese of Salamanca currently counts on little more than €1 million ($1.47 million), and is in need of raising more than €3 million ($4.41 million) to complete the project."This is the amount that with urgency, we ask from our collaborators," the promoters of the construction state on the Web page. "We also take into account that the more we delay our contract with the building constructor for the following phases, the more the budget will increase."We think it would be a pity to have to remove from the basilica the scaffolding and the crane, with the expense this entails, only to bring them around again."We have 10 months. Now is the moment to make a generous effort to conclude this work once and for all."
(Zenit.org)
No hay comentarios:

If you want to send money to help us in the construction of the Basilica of Saint Teresa, you can do it by bank: 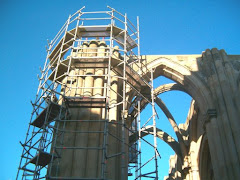 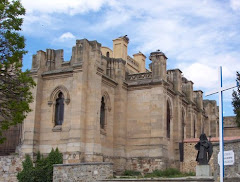 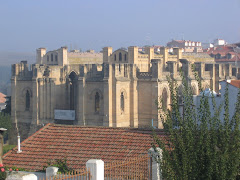 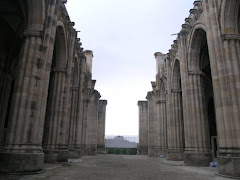